I’ve always considered it an honor and privilege to call some of the most intelligent and passionate clinicians I know colleagues and consider myself very fortunate to have found a path to medicine.  Currently, as a regional director of physicians with oversight in eight facilities, I see all aspects of the providers from their unique personalities and practice styles to their struggles and hardships.  It is enjoyable work, but in my early times as a director whose experience was minimal compared to my more tenured colleagues, it was often a struggle to handle difficult issues unique to the older providers who, by all accounts, have paid their dues. Some of them had practiced longer than I’d been on this earth; who was I to critique their charts and clinical acumen?

Recently, I met a peer whose job was similar to mine in that he was charged with overseeing physicians in all aspects of their patient care. After a lengthy discussion, we noticed a troubling pattern that both concerned and saddened us. Many older providers were simply hanging on—and hanging on for no other reason than to maintain the pay that once was considered discretionary income, but now had become necessary income to accommodate divorce, college tuition, vacation homes, debt, or simply because their retirement funds were insufficient. Their so-called golden years were tarnished with long work hours, exhaustion, and stress. The love for the craft and the need to stay relevant was gone. They simply stayed for the income.

This creates a bit of a problem.

Knowing that many older providers practice for pay and nothing more begs the question: are they still competent? In many cases, yes; but in many cases, no. Although I have immense respect for any physician in his/her 60s to 70s doing this job, in the end it’s about patients receiving the appropriate standard of care and compassion that patients must have. Elder physicians may be technically adept, but through sheer exhaustion, physical age, and years of strain under a changing healthcare system, they often lack the interpersonal skills and speed required for adequate patient flow and care.

One example that my new acquaintance shared: A doctor in the hospital was acting out of character. Out of concern for both the physician and the patients, he began to observe the doctor who, once a strong and capable physician, looked tired and distracted. His charts showed a number of red flags: notes were illegible with diagnoses inconsistent with complaints and missing exam components among other things. So, he asked the doctor about his physical and mental health and disposition directly. His verbal response that there was no cause for concern was expected, but his physical response told a different story. He was disoriented and sat immobile for several minutes staring at the door. Out of concerned for his well-being, a physical exam was done, at which point, it was discovered that he was diabetic, had developed an infected foot wound and was septic.

Here was a critically ill man, a classic example of a generation taught to work without complaint and to put the patient first always. Whether it was right or not, his heart was in the right place, but his mind was so overwhelmed with the prospect of losing income that he essentially risked his life in the pursuit of it. 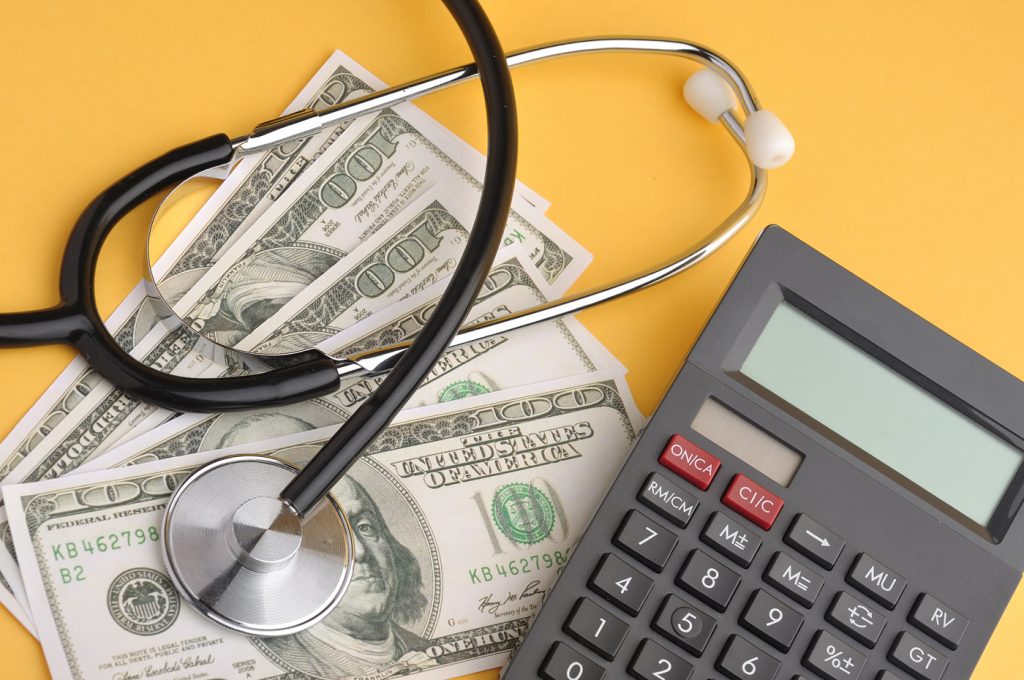 Is this an isolated case?
Sadly no. I’ve seen similar scenarios. Older physicians who would ideally be slowing down or already retired are working like residents in training because they need the money. For whatever reason, they have not amassed a nest egg or don’t feel comfortable with the prospect of not having the income to which they have become accustomed. Their job literally is killing them.  Are they still in it for the love of medicine? I don’t think so.

When I see physicians in what most would consider the twilight of their career, I ask myself, “Would they be working this hard if they were financially set for the rest of their lives?”  The answer is almost always a resounding “NO!”

I hope new and young doctors out there who are in the throes of the busiest times of their lives realize that youth is fleeting, yet work is eternal if you allow it to be.  Medicine is still an art I practice and love but do not plan to be doing so until the day I die.  Life is about taking care of yourself first, contrary to what is beaten into us during our training years of medical school and residency.   Live it, love it, and enjoy the fruits of your labor while you can still taste them.  Set realistic goals and chase them daily.  Find your passion in life outside of work.  Most important, save more than you spend, and find a stable, reliable and long-term source of passive income.  That’s not as heady a task as it sounds.  Real estate has done that for me.  Yes, it’s work, time and effort, but it’s finite in labor and infinite in return in a world where precious few investments can claim the same.

The profession with the highest rate of suicide is … DOCTORS.Articles, blog, Doctor Health