Low interest rates are a wonderful benefit when you are borrowing money to buy a home. To prove the point, how many times have you or a colleague re-financed a mortgage in the last eight years? Shaving points from your rate can save a ton of money over time.

Yet what does the low rate environment do to the wealth you have accumulated? Can you honestly say you are thrilled with the prospect of parking large sums of money in government bonds with negative or extremely low rates? 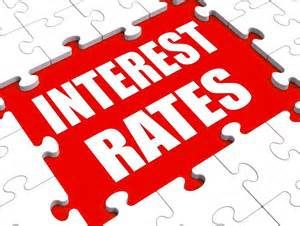 Savings accounts are no better. I got a sales call earlier this year from a man who was truly excited about the “great deal” his institution was offering. Yes, yes? Tell me, tell! I had to suppress a laugh when he promised me a CD with a 1.0 percent yield. “Compare this offer with your savings account.” He knew, of course, that most banks provide a savings rate well below 1.0 percent.

Much has been written about the Federal Reserve’s habit of pumping new money into the economy to keep interest rates low. They fear rising rates will hamper the economy because good people like you and I will stop borrowing.

Bond guru Bill Gross has a different interpretation. He sees the unnaturally low rates as harmful to the financial future of the USA brand. He knows we need our money and assets to grow in value so that we can pay off debts, plan for college tuition, or provide income for investments. 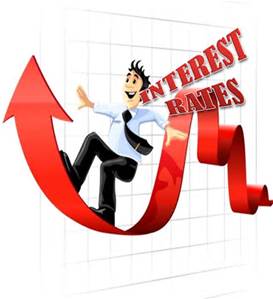 Remember compound interest? Such a quaint vestige of the past, when the rates helped rich and middle-class people grow money. In fact, there are some iconic stories of low wage earners who were so frugal that they were able to donate huge sums of money before leaving this dear Earth. How’d they do it? Compound interest at reasonable rates grew their money.

Many prominent investors groan about this dilemma in their monthly newsletters. The stock market may be at an all-time high, but does that make the common man richer? How much higher will it go before it corrects (euphemism for “crashes”)? The risk of investing in paper is likely higher than whatever the return might be.

Meanwhile, financial market talking heads also decry the myth that investing in bonds with little or no yield is “safe.”

Here’s one reason why the T-bond safety net probably won’t work: Eventually, interest rates will rise, either because the Feds realize they can no longer sit on their hands, or inflation erupts and moves the market by its own disruptive, vigilante force. When rates rise, the long-term bonds purchased now will lose serious face value, because that’s how the instrument works: value drops as rates rise. So much for safe. Could you get out early if you see rates spiking? Yes. But you’ll likely still take some kind of loss.

WHAT’S IN YOUR PORTFOLIO? ALTERNATIVE INVESTMENTS: BUT DON’T TELL ANYONE!

To be fair to the prominent investors who share their pain (and ideas) with readers, there is a trend that they and others believe is worth thinking about. It’s called real assets. 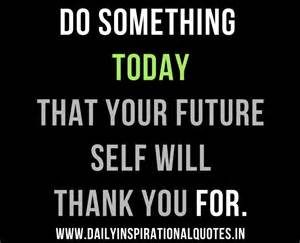 Name the one commodity that is finite and therefore will always hold value of some sort, even if the stock market crashes?

Land. As the snarky (but true) quip goes, “Nobody’s making more of it.” But what good is land when human beings need a shelter where they can lay their heads and protect their families?

So let’s expand the concept of land to include a dwelling built on that land. In fact, not just one dwelling but multiple units. Now what do we have?

Gold is also being touted as an alternative, and it too is a limited resource and therefore should always hold some value. In the late 1990s gold was well below $300 per oz. These days the futures price is trading near $1,300 per oz.

Tangibles like factories and all the equipment needed to run a processing plant, for example, also fall into the real asset category.
But guess what? Some individuals find it difficult to gain access to these types of investments. DoubleLine Capital’s Jeff Gundlach believes this is often true because wealth has been “financialized.”

Yet I have significantly increased my net worth by purchasing multi-family real estate. Did I have some help? Yes, I was fortunate to partner with mentors who helped me build knowledge. But their job was not to convince me that real assets were the way to go. I’d already been a student of real estate and wanted in—badly. My first purchase was made when I was still in residency.

Are there risks in acquiring real estate? Yes. There is no such thing as a viable investment without risk. Always keep in mind the risk versus reward ratio. For example, I bought my first property before the mortgage bubble burst. Fortunately, I didn’t panic and survived that travail.
Yet Gross and other great money minds have already debunked the myth that bonds are safe. The risk far exceeds the supposed reward.

In this low interest rate environment my concern is that too many emergency medicine physicians, attorneys and all sorts of other professionals have been boons waggled by the stocks and bonds mantra. Their advisors park the money in funds that may not lose money, nor do they increase the likelihood of early retirement. Rarely do these same advisors mention real assets, such as real estate. I wonder why?

Maybe they don’t know how it all works. That’s why I’ve launched Freedom in the Black.

I describe some of the benefits of buying multi-family properties in my post. By all means study up, then leave a question here. Also, I’ll soon get into the nitty gritty of how to make your first investments in this area.

The slow and supposedly safe method of acquiring wealth may have been ideal for our forefathers. Somehow many of them made it to the golden years. But that was way back in time, before the Internet and smartphones, when the rich and the not-so-rich could count on the quaint notion of compound interest.