By Douglas
Posted January 24, 2017
In Articles, blog, Real Estate, Wealth
Former Dentist and Biologist are Inductees to the Freedom in the Black Passive Income Hall of Fame2017-01-242018-09-05https://napalicap.com/wp-content/uploads/napali_capital-logo-horizontal-lg-3.pngNapali Capitalhttps://napalicap.com/wp-content/uploads/tb_find-greatness.jpg200px200px
0

Peter Wells, a former dentist, was weary of drilling teeth. In search of a new way of life, he made a big change by moving to Denver where he earned a commercial broker’s real estate license.

Together they formed Real Capital Solutions, a real estate company that not only survived the 2008 mortgage crisis but went on to build an empire. Last year they invested $250 million in housing.

Impressive. These men prove that you don’t need to stay in a profession that no longer serves you. Wells had his concerns about change: Dentists aren’t trained “for anything else. Those skills just don’t transfer.” So, he learned a new skill. The same can be said for Arsenault. He said he jumped into real estate at a time when it was “idiot proof” and, he claims, “I was an idiot.” That’s a modest way of saying, we all have to start somewhere.

I nominate these men to the Passive Income Hall of Fame because they reflect the Freedom in the Black philosophy:

This is exactly what FITB espouses: try something new. And I’ll help. If you’re a physician or other high-income professional enduring a career crisis or financial downfall, let me help you learn the benefits of real estate. 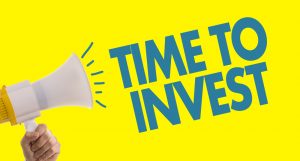 The compelling story of Wells and Arsenault can be found in the February 2017 issue of INC Magazine by Bill Saporito.  Both men had strengths and weaknesses. They partnered and discovered that they complimented one another.

One of their successes was avoiding the mortgage crisis in 2008 that destroyed many   investors, developers and homeowners. I continue to be amazed by the long shadow cast by that crash. Many still feel the pain. Or remain wary of other downturns.

But Wells and Arsenault tracked data and saw the disaster coming. In 2005 they both agreed something bad was going to happen. Thus, they sold about 85 percent of RSC’s residential properties. Then they looked for opportunity overseas, until the U.S. market revealed some deals. When that happened in 2009, they realized they were positioned to take advantage.

LESSON: Know the market and the sub-market. Blindly following the “gold rush” into real estate ruined the finances of many good people. The hype was a lie. Being a contrarian thinker is nothing more than doing some research and making your own decisions.

Now the dynamic duo sees a shift in the habits of the millennial generation. Could they become the biggest home-buying in history? If so, that’s a big shift. In recent years, millennials showed a preference for lifestyle over mortgage responsibilities.  RCS believes a new housing boom is about to be born. The demand for homes could surge through 2020. 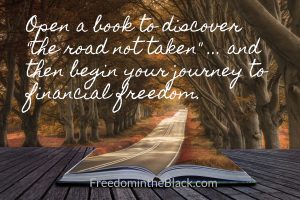 Okay. Good to know. Every market shift provides opportunity.  For example, as millennials finally reach for their own homes, the baby boomers are downsizing, many selling their family home and moving into a smaller dwelling or a multifamily apartment complex.

LESSON: Market changes are not limited to one money-making opportunity. A strong trend forces changes elsewhere. And even if younger generations leap into the fray and buy up homes, many people will be left out. A housing shortage is very possible. For example, the INC feature story reveals that Jacksonville, Florida is growing fast. Homes sell 30 percent faster than other markets.  Guess what, that means people who miss out on a good deal will need a place to live. Likely, an apartment. And if people with belongings are forced to rent, they will probably need a storage facility for their excess belongings.

To meet the housing demands they predict, Wells and Arsenault must engage with numerous other companies, including builders. The former biologist has developed a method for divining integrity: tell me everything now, good and bad, so that everything is transparent. If you happen to leave out a grievance or lawsuit that is discovered later—goodbye.

Arsenault is realistic.  He knows everyone has a dark secret, or embarrassing mishap. He just wants it on the table. He wants to know his company is partnering with dependable businesses. 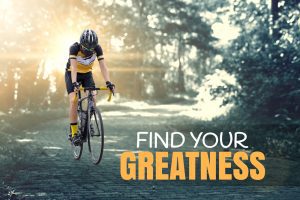 LESSON: In my new book, due this spring, I too discuss the issue of finding the right fit with other entrepreneurs. You want a track record that is solid. You want people who are honest in the beginning. Referrals help. Since you can trust the people you already know, maybe they know someone who might become a solid member of your team. Do not compromise your values. By setting standards, you find the right mix of talent and integrity.

Not that Arsenault is looking for perfection. RCS has partnered with a builder in the Dallas-Fort Worth area that couldn’t land a large loan. But the money was for a property with ample pre-sales. That reveals a keen eye for value.

When you invest in real estate, you don’t learn everything once and live happily ever after. Change creates new learning curves. You must adjust, read the trend and data, make smart decisions. This is not an attempt to scare you away from real estate. In fact, this is one aspect I love about this field: you must remain agile and willing and brave enough to trust your instincts. It’s a bit like being an athlete. You don’t train just once for a career in the NBA or NFL.

LESSON: You are never an expert. You are forever a student. This keeps you fresh and engaged. Your eyes and ears are open. When you see a new opportunity, but don’t have experience in that area, you reach out to others, forge new alliances. You dance.

Wells and Arsenault are Hall of Famers, in my opinion. The passive income they derive from real estate keeps growing and making them strong.  Even as they see the possibility of a “boom” in millennial home buying, they are scouting the “bust” in oil business communities. Someday there will be a turn-around in those locales, and the commercial real estate market will likely improve. They hope to be there when it does. 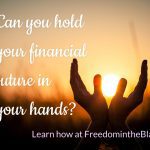 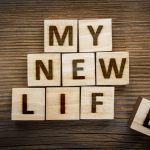 The American Dream is Broken. Multifamily and Passive Income Can Fix it for Doctors and other ProfessionalsArticles, blog, Real Estate