If the mortgage crisis in 2008 scared you away from investing in multifamily real estate, there is another potential financial bubble that should scare you even more. Especially if most of your wealth is invested in paper assets. Consider this an ALERT!

Full Disclosure: Anyone who reads this blog knows that I do not believe traditional paper assets, such as stocks and bonds, can reliably deliver an abundant retirement. Growth is slow, unpredictable, and doctors and other professionals are at the mercy of their brokers for “hot” tips. That’s my opinion based on data and real-world experience in property investing.

But if you won’t believe me, at least consider the article in the New York Times. Oct. 24, 2016, by Landon Thomas Jr.  He starts with this comment:

“European and Asian investors have been rushing into the United States bond market, spurred by a global glut of savings that has reached record levels.”

And then the writer makes this frightening observation: “A growing number of economists are concerned that this flood of money may inflate the value of these securities well beyond what they are worth, potentially leading to a market bubble that eventually bursts.”

Does this sound familiar? It should to anyone who got caught on the wrong side of the mortgage crisis in this country. In that event, the price of family homes rocketed to ridiculous levels, often well beyond what those properties were likely worth. The result was millions of foreclosures on bad loans, and a significant loss of national wealth.

This new threat is interesting because it sheds light on the global economy. Foreign money is looking for a home is the result of near-zero interest rates in European and Asian countries. The low rates make saving accounts mostly useless. So, the wealth seeks the next “hot” thing. In this case, the destination is a growing corporate bond market. I’ve got to believe that some of these high-grade debt securities are attractive because they are being issued by brand names, such as IBM and General Electric, according to Thomas.

To make matters worse, this pile of cash in Europe and Asian is expanding. That’s why economists see this surge of money as similar to the years preceding our mortgage crash. In the early 2000s, European investors shoved billions of dollars into mortgage-backed securities because they saw an opportunity to grow wealth. But it all mostly went bad. Some of those investment packages were so complicated that they couldn’t be unwound—meaning, they could not easily be liquidated when the implosion began.

Not your problem? Think again!

You might say that you have nothing to worry about if you’re not heavily invested in bonds. Yet financial experts worry that this enormous pilgrimage of foreign money puts too much pressure on the American economy, which still has weak knees. In other words, if another bubble bursts, we’ll all feel it, one way or another.

Here’s the irony. When there is a global glut of savings investors are forced into riskier ventures than they would otherwise consider; even junk bonds have done well in recent years. Why? They can’t find any place else to put their money. Remember the good old days when our parents encouraged us to save? With that mind-set, it is difficult to grasp that hoarding cash worldwide can be destructive—thanks to low interest rates.

Mentioning multifamily real estate in this conversation may also provide some irony: Isn’t that where we went wrong a decade ago?

No. Real estate was not the problem. Mortgage securities were the problem. In many cases, there was no “there” there. The shiny new investment vehicle was a mathematical equation, as thin as air. When you buy a dwelling, at least you have four walls and a roof. It’s real.

Also, before the implosion, there was a Gold Rush, or get-rich-quick, mentality toward property ownership. It wasn’t sane. Buyers would pay any price to get in. Not to mention, loose banking oversight allowed many people to get into homes they could not afford. At least the debacle cleaned up some of those practices.

Chinese and Russians in Manhattan: Store of value

An acquaintance who works with high-end real estate in New York City told me that it is very difficult to make much profit now, with prices so high. Yet he has witnessed foreign money from China and Russia swoop in and acquire enormously expensive commercial property—site unseen. Why? An analysis showed that the buildings produced income and would therefore always be a store of value. Compare that to securities that can disappear—poof!—when trouble arrives.

There was a time when real estate holdings were considered an “alternative” investment. Not anymore. Buying property with a long-term strategy has many tax advantages and builds net worth like nothing else.

Multifamily investing also provides stability that securities do not. As an example, let’s go back to the mortgage crisis that blew up in 2008.  Several years later, I purchased single-family homes in the Houston area and rented them to families. Some of those families had foreclosed on properties during the crisis.

But guess what? They still needed a place to live. And I earned a profit. 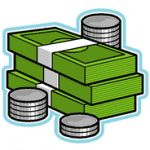 Real Estate? Brokerage investments? Have both – and less risk – with securities-backed loansblog, Uncategorized